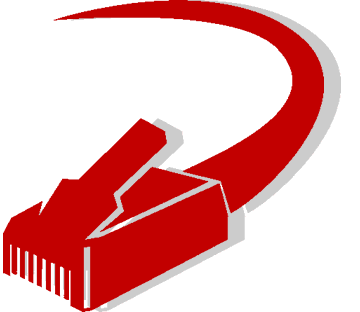 Today, your network cabling system carries the lifeblood of your organization – information. The installation, material, quality of cable and testing procedures are all much more critical in data wiring than in voice.

The main reason for this is that networks today are designed to carry large amounts of information at incredible speeds. To accomplish this over unshielded twisted pair cable (UTP), many different criteria must be met.

Who sets the criteria and standards for network cabling? Well, the three major players are The Institute of Electrical and Electronics Engineers (IEEE – commonly called I-triple-E ) who work on developing new protocols, the American National Standards Institute (ANSI), and the Telecommunications Industry Association / Electronic Industry Alliance (TIA/EIA) who issue the standards and testing procedures.

Suffice it to say that these people have been busy over the past 12 years – as we’ve seen network speeds increase from 10 million bits of information per second, over Category 3 wire, back in 1991 to 1 billion bits (called Gigabit Ethernet) today. With bandwidth increasing and reliance on the network at an all time high, getting information to where it needs to be is becoming more challenging than ever. Ask any IT Manager what their most common network problem is and you will most likely hear them rant about cabling issues. In fact, cabling problems, which account for over 50% of network problems, cost companies millions annually.

The most common problems are:

All of these problems can be avoided if the cabling is installed and tested properly. The cable must be installed following strict and specific guidelines and the testing must be done using the right equipment calibrated for the latest standards (called certification). ACT provides this with each cabling installation.

Let us work with you to develop a Network Management system you can use to manage all of your cable plant, including all the connectivity, connectors, pathways, and device relationships to truly visualize and understand your network’s infrastructure. Let’s get started today, just give us a call.
REQUEST MORE INFORMATION
.button-63d7e3d1f3d83 { margin-bottom: 0px; margin-top: 0px; min-width: 0px !important; } .button-63d7e3d1f3d83 { background-color:#c20000; } .mk-button.button-63d7e3d1f3d83.flat-dimension:hover { background-color:#252525 !important; }
SEARCH SITE
PRODUCTS
Contact Us

We're not around right now. But you can send us an email and we'll get back to you, asap.